Undoubtedly, the Labuan is one of the most attractive regions of Malaysia that has become as the promising land of offshore activities in Asia so far. Spanning a long period of time, the Labuan company formation is seen as the major success factor for foreign investors because of the taxation regime and other lucrative benefits provided by Labuan to the foreign businesses and giving the foreign investors a brighter way to go ahead with the business endeavours. With these huge facilities and a successful platform, it's time now to explore more about the Labuan company formation and take a look at how more it can offer a feasible platform to foreign investors.

Any foreign business person establishing companies in Malaysia does require a business associate who should be a local citizen but the commercial legislation available in Malaysia doesn't restrict the foreign company formation and give 100% foreign ownership which is equally followed in Labuan too but Labuan legislation doesn't entitle the Labuan company formation to have a director to be a citizen of Malaysia as the legislation allows the investor to act both as the company's shareholder and a director.

For more information visit us at http://www.simplyoffshore.com/labuan-company-formation/
at July 02, 2018

A quick look on some FAQ on Labuan bank account

Is There any Need to Come to Labuan for Opening of Account? Though it is not compulsory to come to Labuan to open of a bank acco... 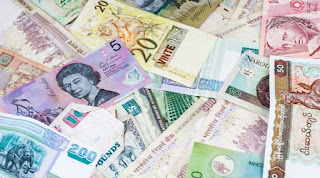